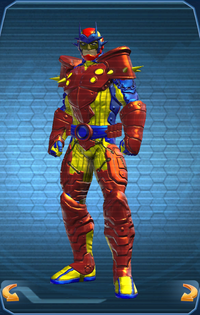 Zonewalker is an Armor Style Set originally for heroes only based on the black armor worn by General Zod during an encounter against Superman within the Phantom Zone.

Its available from Doctor Desanto in the Watchtower's Tech Wing. The vendor requires Marks of Victory and the tier gear additionally requires cooperative renown with Wayne Enterprises. 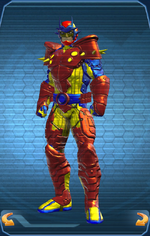 The Zonewalker's overall color-scheme consists of three colors that can be chosen by the Player in the Style Window. Specific sections of the style's pieces can also be allocated a more specific colour by the Player.

Retrieved from "https://dcuniverseonline.fandom.com/wiki/Zonewalker?oldid=244169"
Community content is available under CC-BY-SA unless otherwise noted.