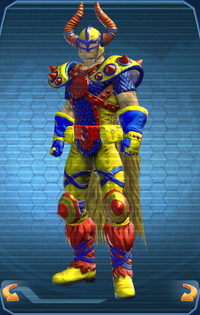 Until game update 25 Viking was an Armor Style Set available only for Tank characters.

Northern Vikings traveled to America and created settlements there across a four hundred year period, colonizing as far west as Minnesota and as far south as the Yucatan, whereupon they influenced customs, language and culture amongst the Native Indian tribes. 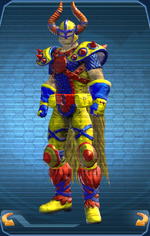 The Viking's overall color-scheme consists of three colors that can be chosen by the Player in the Style Window. Specific sections of the style's pieces can also be allocated a more specific colour by the Player.