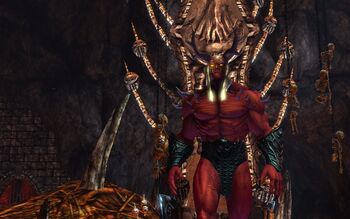 Unholy Matrimony is a Tier 3 8 player Operation in Episode 17 released in October 2015. It also features an elite version.

Access to the Unholy Matrimony Operation requires a Combat Rating of 110.

The Unholy Matrimony is part of Episode 17 together with the Flash Museum Burglary Duo.

The Trigon storyline introduced in Episode 16's Desecrated Cathedral continues with Unholy Matrimony. In this 8-player Operation, players will battle alongside Raven as she confronts her father, Trigon, who has escaped from his otherworldly prison. Players must locate and defeat Trigon to stop him from gaining power enough to destroy the mortal world.

In the Elite version, players will have the chance to complete their Elite gear sets and unlock powerful new Affinity Bonuses.

This will be the first time players will have the opportunity to fight Trigon in storyline content, so all bets are off. 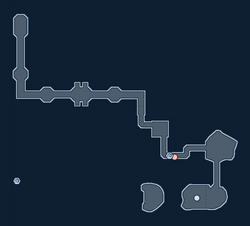 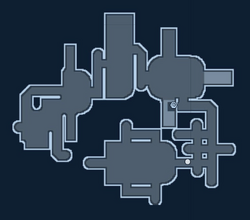 This raid requires good communication between players. PUG groups will likely have a tough time.

1) Avatar of Sin and Teen Titans

The Avatar has a red bubbly AOE that he will put in two random spots in the area. Roll out immediately as contact with it causes heavy damage over time.

Cyborg is easy. When you see him kneel and go into his ball, lunge him.

Starfire will drop aggro from time to time and fly towards someone.

Superboy's laser can be dodged.

Wondergirl has a golden AOE burst on the ground that you can just walk out of before it goes off.

If you have problems here the use of two tanks can help. Split the Teen Titans from the Avatar.

2) Brother Blood and Sons of Trigon

The Sons of Trigon have to be freed from their red bubbles by going to them, best one by one. After being freed, they need be brought near Raven and put down. After about 20-30 seconds of fighting a brother Raven will teleport him away and the next one can be freed.

From time to time red blood-like AOE will appear on the floor. Everyone needs to get out that AOE as soon as possible since getting in contact with it is a trigger to spawn adds. If too many adds spawn, a DPS should touch one of the totems which appear at the border of the area and use their first ability to one-shot all the adds. The DPS will die, pick them up and continue.

After all Sons of Trigon are gone now target Brother Blood. He will randomly(?) take away the (loadout) powers of a group member. To regain the powers, the player character without powers has to use one of the totems which appear at the border of the area. What can make this phase crucial is that several group members will lose their powers, but there will always be only one totem spawning at a different location. Thus the group will need to communicate who is most important to regain their powers: Tank always first, then healer, then controller and last, but not least the DPS.

When Brother Bloods shields himself - it looks like the medic's shield from FOS3 - stop attacking. It works like a reflect that damages the entire group even if just one person attacks. If he starts shooting a blood beam at people, lunge him.

Again if you have problems here the use of two tanks can help. Split Brother Blood and the Sons of Trigon.

The approach most used is Trigon being tanked where he spawns since that way the tank can grab the adds that spawn right there.

When the Hell's Hatred spawns it must be brought down ASAP or you may lose your tank.

Trigon's pull cannot be broken out from, thus block it out then roll away when you get the chance.

From time to time Trigon will spawn large lava balls. Avoid being hit by those. Also, there is a mechanic where Trigon puts something on someone and it damages your teammates nearby.

When Raven is corrupted everyone should pay attention to the purple pentagrams that will appear on the floor. For this reason, the group should be spread out and surround Trigon to have players cover every area of the map. Standing on a pentagram for a few seconds will make it disappear and once you have hit them all Raven will go back to normal. Also, every player can only do one pentagram without dying and will be down after doing a second one. Carefully evaluate which is more important, especially when doing the elite version. 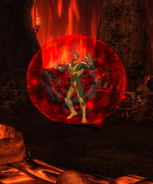 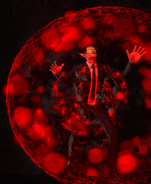