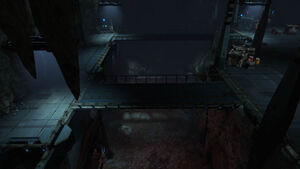 The Undisclosed Location is a level 30 Secret Base as part of the finale of the Punchline Story Arc. It can only be accessed following the completion of the S.T.A.R. Labs Space Station location by Hero characters.

This dungeon is a level 30 instance for tech-power hero players who have Batman as their mentor.

When Brainiac created and released a robotic replication of Batman onboard a captured STAR Labs Satellite, the robot's programing dictated that it hunt down and kill the original. Quickly locating the Batman and activating a teleporter, it teleported to this Undisclosed Location where the Batman was recovering from a toxin attack and trapped him in a stasis shield in order to continue copying the original's remaining persona before killing him.

The robot, however, was followed by a new hero, who was working under Batman to track down T.O. Morrow. Using the location's security systems, the hero managed to defeat the robotic copy and free the original Batman from imprisonment, earning his trust as a full member of the Justice League of America. 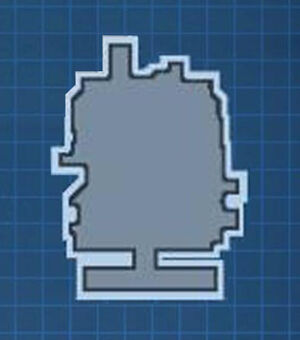