Throne of the Dead

Throne of the Dead is a Tier 3 Raid in the Amazon Fury Part II episode. It also features an elite version. 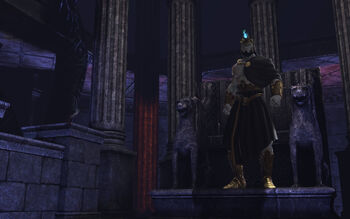 Villains join Circe while Heroes join Wonder Woman as they confront Ares and Hades in their bastion of war and death. 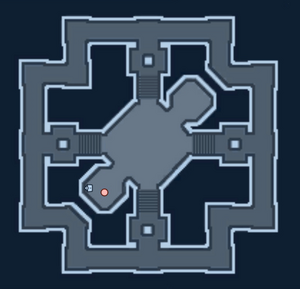 Confront Ares and Hades in the latter's throne room, where Hippolyta's soul is held.

The most difficult part of the raid is the first part. You must defeat Ares, who will summon an Essence of War, and waves of Warring Shades. While the Essence is alive, Ares take only 1 damage from all attacks. The Essence of War is healed when it is hit by any attack, except that done by a tank player (and their pets, Snow Devil and Brick Golem; non-tank specific pets like Robot Sidekick will heal the Essence even if summoned by a tank), or Wonder Woman. Even Ares and Warring Shades will attack it to heal it. Therefore, two tanks is generally needed. One would corner the Essence (preferably at the throne, away from the gates where Warring Shades spawn) and kill it, while the other keeps Ares and the Shades' attention. All players other than the Essence tank should focus on killing Shades as quickly as possible.

After defeating Ares, defeat Hades' three judges, and then Hades himself. Hades may teleport a random player into a side chamber, where they must defeat a single Shade Guard to open a portal back to the main room. Upon defeat, Hades ask for Ares' help, but Ares betrays him and strikes him down. Circe offers an alliance with Ares, who accepts. They escape with Hippolyta's soul. Wonder Woman furiously declares she would move heaven and earth to get her mother back.