DC Universe Online Wiki
Register
Don't have an account?
Sign In
Advertisement
in: The Battle for Earth, Raids, Amazons of Themyscira,
and 2 more

Themyscira: The Gates of Tartarus 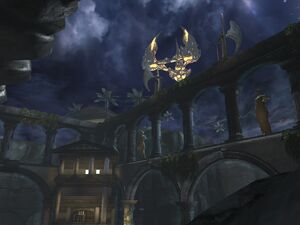 Themyscira: The Gates of Tartarus is a tier 1 raid in the Battle for Earth episode released in March 2012. It can be accessed through the On Duty menu, or through the Themyscira portal in the Watchtower or Hall of Doom.

Brainiac has descended into Tartarus and stolen the Flame of Change. His forces have emerged and only the combined might of your team with the aid of Circe's Bestiamorphs and Wonder Woman's Amazons can stop them.

The Gates of Tartarus are a temple on the island of Themyscira built to protect the entrance portal to the bowls of Tartarus; a Grecian hell dimension the Amazons of Themyscira have been charged to defend to the death.
Unfortunately Brainiac has targeted the temple in his quest to assimilate the magical Flame of Change to further his conquest of Earth to access the Multiverse. 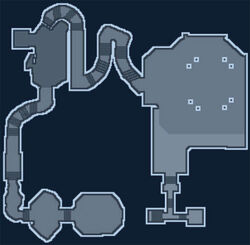 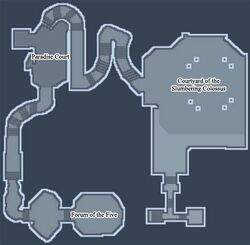 You must defend Circe's Colossi. After destroying Brainiacs attacking a Colossus, it would charge at the energy field. After a few times, it will be taken down.

Along with Amazons and the living statues, fight along the corridor until you reach a large area, speak to Wonder Woman to begin the boss fight. At the other end is the large Brainiac Vanquisher in a shield and 4 Brainiac Ravagers, all of which are untargetable at the beginning. Wonder Woman and Circe engages the flying Swarmers while you fight the ground forces. While Wonder Woman tells you not to let any through, it does not seem to matter even if all the other allies are KO'ed.

The Ravagers, then the Vanquisher will start to attack and become targetable. The Vanquisher will mostly fight Wonder Woman and Circe with melee in its side of the area and not move towards you, while firing barrages of purple orbs as a long ranged attack that grounds and slows you. He has two Lethal attack warned by the skull icon: a Pull that is shorter range (he might attempt to use this even if it can't hit you), as well as Astral Aura which is a slower moving version of his ranged attacks which bounces instead of being destroyed when it hits terrain. He can often target Circe and Wonder Woman instead with these attacks. His ranged attacks lead the target, so if you are moving in one direction and he uses them, you can dodge them by moving to the opposite direction instead.

Upon vanquishing the Vanquisher, Circe predictably betrays the team, briefly trapping Wonder Woman in a crystal before flying off to steal the Flame of Change for herself.

Fight through more Brainiacs - Wonder Woman may become stuck at one point but it does not matter and she reappears for the fight against Circe, which is very easy in comparison.

The next immediate chamber, the Forum of the Five, is where the final boss - Avatar of Magic - resides. There are a couple of three-headed hydra on a ledge in the back of the arena, but they appear to only be scenery and are not involved. If you hide on the ledge where the Avatar of Magic can't hit you, he will reset to full health.

He has two Lethal attacks, and you can tell them apart by his movement during the skull.

He also summons an Astral Roc, Astral Lion, and Avatar Guardian to fight against you.

Upon losing 1/3 health, the Avatar's head turns into that of a Ravager and orders the four Possessed Statues in the arena to attack you with Crush (a stone hand that stuns you) and Fireball (Meteors that are lobbed onto the ground and roll forward slowly, doing tons of damage if you touch it). Possessed Statues are immobile, persist into the next phase and are de-possessed when the Avatar is defeated. He also stops using the previous Lethal attacks and use new ones instead. He summons 3 Astral Lions.

After losing 2/3 health, he turns into an eagle form which can fly and use Whirlwind Attack. He can also switch between the original and Ravager forms in this stage. If you hide on the ledge during one of his melee forms, his health resets and he retains the ability to switch between forms.

He also has a pull and ranged attacks similar to the Vanquisher across all forms.