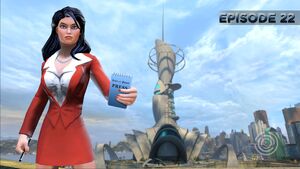 The Science Spire is a Tier 3 Challenge in Episode 22 released in March 2016.

Access to the The Science Spire requires a Combat Rating of 100.

The Science Spire is part of Episode 22 with The Phantom Zone Operation.

Something went down in the Phantom Zone, and a certain prisoner has escaped, along with his followers. Lois Lane, intrepid reporter, is on the case. Her sources have described sightings of Kryptonians near Lex Luthor's Science Spire, and she believes they are after information stored there. You know, that huge, questionably oversized monument Lex Luthor erected in the Tomorrow District of Metropolis? She's taken a leave of absence from the Daily Planet and is hiring muscle to help her break in and investigate before she's the one getting scooped.

The enemy Combat Rating is 161. 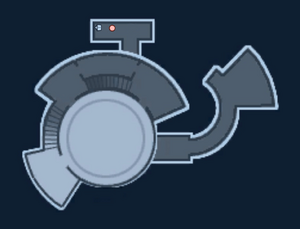 Talk to Lois Lane, which would open the first door. Defeat several waves of minions. Beware of the mines set by Kryptonian Grenadiers, as they could do significant damage.

Defeat Captain Venz. He has a special attack in which he smashes the ground dealing massive unblockable damage, which can be interrupted by throwing the kryptonite chunks dropped by Lois at him.

Go up the shaft at the east side of the room. Go east, defeat more Kryptonians and go through the portal to another upper floor.

Destroy the debris to get through the door. After going through more minions, you will arrive in a room with a glowing central column. Take the orb of energy from a visibly sparking source around the room (the interact option does not appear unless you're next to it) to the indicated energy pad. Do this several times to open the door.

Move up another floor and face Senior Officer Gohz, accompanied by two Troopers. He can use Freezing Breath to encase the player. Periodically, a LexCorp Security Device drops into the room, and if not disarmed, they create a constant lightning field at the spot that deals ~800 damage repeatedly.

Interact with the database to finish the challenge.