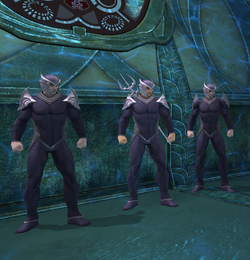 The Drift are an elite team of Atlantean black ops specialists regarded as the best warriors within the Kingdom of Atlantis.