Teleportation is the ability to travel from one point to another without traversing the physical space between them.

Teleporters found in the Watchtower, the Hall of Doom, Safehouses and in most playable content transport the player to specific locations. Players also have the ability to teleport to their HQ, Base or Rally location using the Warp feature in the Map menu. Some Consumables allow for instant travel to specific locations.
General Generator Mods can be placed in a Lair Generator allowing instance travel using a Teleporter Amenity.

NPCs that use Teleportation[] 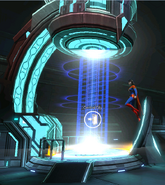 A teleporter in the Watchtower 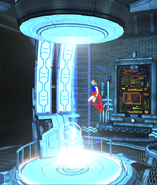 A teleporter in a police station 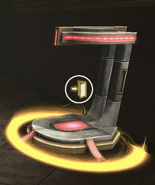 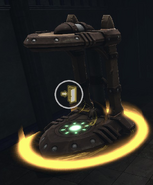 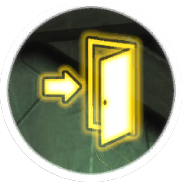