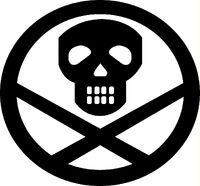 The Suicide Squad, also known as Task Force X, is an anti-hero team of incarcerated supervillains and superheroes who act as deniable assets for the United States government, undertaking high-risk black ops missions in exchange for commuted prison sentences. The group operates out of the Belle Reve Federal Penitentiary, under the command of Amanda Waller.

During World War II, army riffraff of the United States Military Forces were assembled into a unit that was described as a "top-secret Ranger outfit" whose members were trained to tackle missions from which ordinary volunteers were not expected to return alive, as such the members of the unit were considered highly expendable and therefore nicknamed the "Suicide Squadron"; several such teams existed. After the war, the units were put under the umbrella organization of Task Force X and were expressly formed to fight monstrous menaces as a replacement for the Justice Society of America, whose members had mostly retired in the wake of unjust accusations during the McCarthy Era.

By modern time the Suicide Squad units are covert black ops strike teams working for the interests of the United States Government. The units are made up of superheroes who are serving out a favour and imprisoned supervillains who agree to serve as expendable agents performing extremely dangerous missions, which are officially denied by the US Government using the prisoners' participation as rationale to claim that the incidents are merely attacks by criminals.