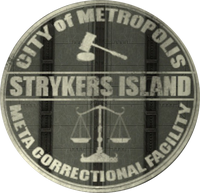 Located on the island of the same name, Stryker's Island Penitentiary is the largest prison facility in Metropolis.

Built as a maximum-security facility in response to the growing level of criminal threats after Superman appeared in Metropolis, the penitentiary houses some of the worst human offenders that Metropolis has to offer, it is also designed to contain various super-powered individuals as well.
Daily tours of the facility are provided to help supplement the rising costs of staff, maintenance and upkeep. 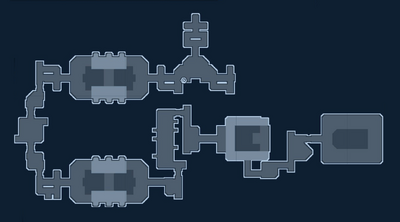 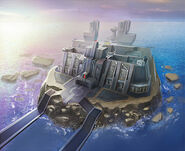