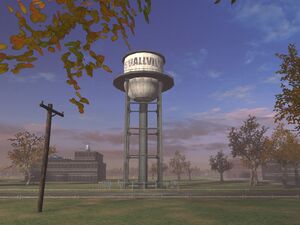 Smallville, located in Kansas, is an idyllic, small isolated American town, with its residents being generally very friendly, although for a relatively minor civic center its crime rate is unusually high.

Lex Luthor has been running an experiment on Smallville, mutating the citizens via his exobytes using the DNA of Doomsday, who is entrapped in a containment building near Kent Family Farm. With the town's citizens in various stages of contamination, the town has been practically destroyed by the rampaging mutants.

Settled during the days of western expansion in the mid 1800's, Smallville is one of many unexceptional agricultural communities in Kansas. Smallville's economy mostly consists of various locally owned businesses, along with various farms surrounding the town, including the Kent Family Farm.

It is near Smallville that the rocket carrying the baby Kal-El crash landed. Kal-El would later grow under the care of Martha and Johnathan Kent and become Superman. The town is also famed for being where Lex Luthor grew up.

In the Smallville Alert, citizens of Smallville, Kansas have been unwillingly transformed into clones of Doomsday by exobytes. Players must defeat the Doomsday-powered citizens, the mad scientists running the experiment, and ultimately Doomsday himself. 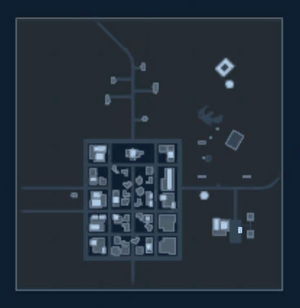