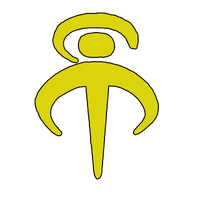 The Sentinels of Magic was a loose confederation of mystical heroes originally assembled to thwart the angel Asmodel's uprising in Hell.

Following that event, the team remained together in order to safeguard reality from supernatural menaces. Including keeping a watch over the one weapon that could stop the Spectre; the Spear of Destiny.

The Sentinels next united to battle the demon Etrigan, who had been separated from Jason Blood and was tapping into the power of Stonehenge. At Phantom Stranger's request, the Martian Manhunter joined the Sentinels in battle and discovered that Morgan Le Fay had trapped Jason Blood within a tesseract jewel. As the Martian Manhunter shattered the jewel, Jason Blood was freed and Etrigan was once again contained within Blood's body.

Following the disappearance of Atlantis after the Imperiex War and the rediscovery of the city now on land and in ancient ruins, members of the Sentinels were called to investigate the area and later cast a spell on the Justice League of America to send them to the year 1,000 B.C. to determine the fate of the city and return it to modern time.

The next formation of the team was gathered during the Infinite Crisis as part of a plan by Doctor Fate, Zatanna Zatara, Madame Xanadu and the Phantom Stranger to coerce the rampaging Spectre into continuing his rampage against magic and destroy the energies of creation until the Presence was forced to intervene and stop the spirit itself.
Marshalling in Gotham City following the destruction of the Rock of Eternity above the city by the Spectre's hand, the magic users worked to remove the remaining wild magic from the city, re-imprison the Seven Deadly Sins and other demons that had escaped their shackles during the conflict and reform the Rock of Eternity.

As the Infinite Crisis began to separate the planet into multiple Earths, the planet's remaining magic users assembled at Stonehenge to call forth the Spectre to help defend the realms of magic. While the Spectre did appear, he simply killed Star Sapphire (Deborah Camille Darnell) for her past crimes and abandoned the remaining magic users to their fate. The planet was later saved due to a joint effort of Batman attacking and destroying Brother Eye and Nightwing, Wonder Girl and Superboy destroying Alexander Luthor Jr.'s tuning tower.
The Sentinels later joined with other heroes in a mass defense of Metropolis as Alexander Luthor attempted to conquer the planet through sheer force by sending every known villain to destroy the city in a final act of destruction that was also ultimately foiled.

Following the increase of magical forces both benign and malevolent, the Sentinels of Magic grew under Doctor Fate's influence to include ranks of minor spellcasters, sorcerers and magicians to act as a sizeable force in the growing conflicts.