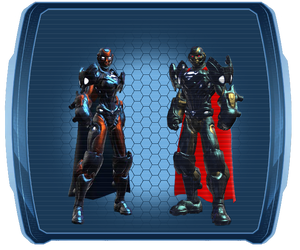 The STEELsuit MK-1 is a costume style set and an Iconic Battle Suit for Tech-based Heroes. Built and designed by Henry Irons from within the workshops of Steelworks, this armored suit is a technological marvel of industrial design and invention.

Consisting of eight pieces, the set is themed after Steel and is a specialized Tier 1 PvE (Player versus Environment) set only available from Steel in the Tech Wing of the Watchtower. 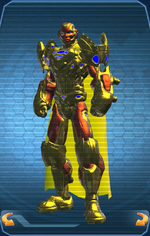 The STEELsuit MK-1's overall color-scheme consists of three colors that can be chosen by the Player in the Style Window. Specific sections of the style's pieces can also be allocated a more specific colour by the Player.