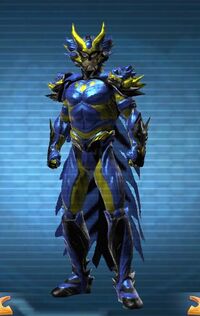 Remora is an Armor Style Set for Heroes and Villains. The set is the typical battle armor as seen worn by the armies of the Kingdom of Atlantis in their invasion of Metropolis.
The armor seems to not only provide the wearer with a degree of protection on the battlefield, but also possesses the ability to keep the wearer hydrated for extended periods of time when out of the ocean.

Consisting of eight pieces, the set is available from Mobs, Bosses, and Treasure Chest drops in various instances. 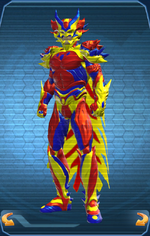 The Remora's overall color-scheme consists of three colors that can be chosen by the Player in the Style Window. Specific sections of the style's pieces can also be allocated a more specific colour by the Player.