A R&D Station a.k.a. R&D Workstation is a device with which Exobyte related research and development can be carried out.

It provides a couple of functionalities such as assembly and salvaging.

R&D Stations can be found in each of the headquarters' wings and the central safehouses in Gotham and Metropolis. A portable workstation is available as DLC from the marketplace and there is also a model for player bases available.

The assembly tab of a R&D Station lists all R&D plans the player has in possession. For each plan the necessary number of R&D parts and R&D components for construction is shown and once collected Exo-Materials. Supply items in the form of consumables can be built.

Exobytes can solely be made by salvaging superfluous gear and weapons.

Items which can be salvaged will be listed under this tab. Usually any gear or weapon with an item level higher than 30 will yield the wanted R&D parts, while salvageable items with an item level of 30 will merely produce junk such as Damaged Components.

Gear and weapons with an item level lower than 30 are usually not salvageable. 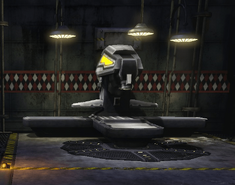 R&D station in the Burnley Nightclub 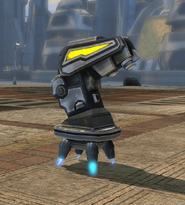 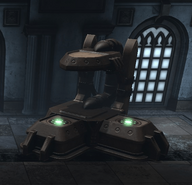 Base amenity, R&D station in a player base 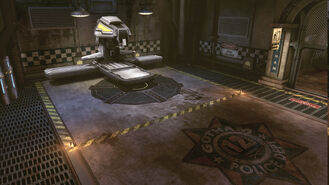