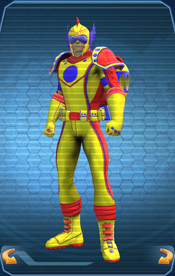 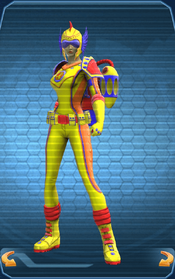 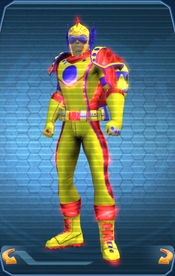 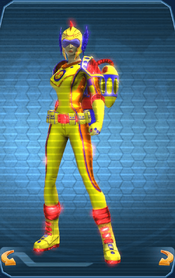 Consisting of eight pieces, the set is an advanced PvE (Player versus Environment) gear set inspired by the vestments of Qwardian invaders during the Attack of the Anti-Monitor event.

This set is attuned gear with an Item Level 10 to 322 and is obtained from Qwardian Guard's Capsules randomly contained in Qwardian Time Capsules. 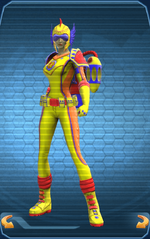 The Qwardian Fighter's overall color-scheme consists of three colors that can be chosen by the Player in the Style Window. Specific sections of the style's pieces can also be allocated a more specific colour by the Player.

Emblems do appear on the chest of this style.