DC Universe Online Wiki
Register
Don't have an account?
Sign In
Advertisement
in: Riddled with Crime, Riddler, Companion,
and 2 more

Recognizing them as "kindred spirits", the Riddler employed them under his gig and all three began working together, with Echo (Nina Damfino) and Query (Diedre Vance) acting as his personal muscle and bodyguards. 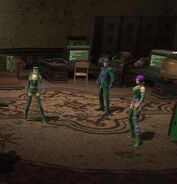 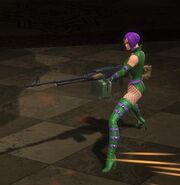