DC Universe Online Wiki
Register
Don't have an account?
Sign In
Advertisement
in: Fight for the Light, War of the Light Part II, Episode 15,
and 15 more 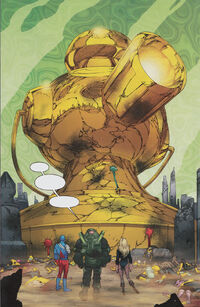 Created by the Oan Guardians of the Universe, Power Batteries are devices used by the Lantern Corps as reservoirs to harness and channel spectrum power to be used through their power rings.

Located on the origin world of each Lantern Corps, the Central Power Battery is the central hub from which all power of the corps originates.