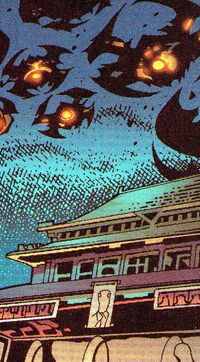 The People's Republic of China is a country in eastern Asia.

The country's prominent hero group is the Great Ten.

When Chairman Mao Zedong took control of China during the Cultural Revolution and formed the Communist Party of China, he initiated the immediate executions of any and all Chinese superheroes or vigilantes still operating in China, as such many heroes escaped China to live in western countries.
Following Mao's death, his party soon realized that the culling of their native heroes meant that they had no superpowered protectors to counter what they deemed as threats from western metahuman groups such as the Justice League of America.
Following a government-funded search for any metahumans that still lived in China, the country's premier hero group, the Great Ten, was revealed during the Beijing Olympic Games; formed to protect China from metahuman threats and to follow and act upon orders that are only in the best interest of the Communist party.

Always at odds with the democratic United States of America and other western nations, following the Infinite Crisis, China entered into a Coalition with Kahndaq; known as the Freedom of Power Treaty. However, China's membership with Black Adam's Coalition fell apart after it was discovered that the Chinese government was partly responsible for funding the Oolong Island experimentation that led indirectly to the death of Isis.
As Adam vengeful rampage took him to China, the Great Ten battled him on the edge of the nation's borders as other heroes from around the world were forced to only watch as he proceeded to destroy the team due to country's refusal to allow outside help; threatening to go so far as to launch nuclear missiles if their territory was violated. Following the destruction of Beijing, the foreign heroes were allowed to join the fight when the Great Ten's leader; August General in Iron, gained momentary authority to do so following lose of communication with the nation's capital.