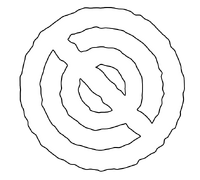 The Outsiders is a heroic black-ops team headed by the Batman. Created when it became apparent that the Justice League of America's status as a public force became a political liability, the group was designed to be proactive in fighting supervillains (instead of reactive like most groups) and consists of heroes who are willing to perform acts that would otherwise set the public against them if it means saving lives.

Following a revolution in Markovia, Wayne Enterprises CEO Lucius Fox is kidnapped while on a business trip within the country. While Batman asks the Justice League to intervene in the war and launch a rescue mission to retrieve Fox, the group declines his request due to the possibility that their affiliation with the U.S. Government might cause a political incident should they intervene in another country's affairs.
Quitting the League, Batman launches his own rescue mission with Black Lightning posing as Fox's brother to gain entry, however, Black Lightning is imprisoned after a swordswoman named Katana assassinates his military contact. While infiltrating the country to rescue Black Lightning, Batman meets an amnesiac energy-wielder whom he dub's "Halo" and enlists her aid to free the prisoners. While this was happening, Crown Prince Brion Markov has the scientist Helga Jace give him Earth-based super-powers to protect his country and his people while the hero Metamorpho also visits the scientist to ask for help.
As the instigator of the revolution is revealed to be Baron Bedlam; the son of the country's Nazi-installed ruler, the Batman, Brion and Metamorpho are attacked and captured by the insurgents but freed by the swordswoman, Katana, who joins them in pacifying the warring factions and defeating Baron Bedlam.
In the aftermath, Batman suggests that the six of them become a team and takes the "Outsiders" to Gotham City where he refits the bunker beneath Wayne Tower to serve as the group's headquarters.

Disrupting various criminal operations in Gotham, New York, Japan and even ancient Egypt, the team deals with both professional and personal incidents; using technology on the recently abandoned Justice League satellite to restore Halo's memory and discover that she is an energy being known as an Aurakle. Following the discovery of the underground kingdom Abyssia, and the acquisition of Looker as a new team member, Baron Bedlam is resurrected and hires the Masters of Disaster to kidnap Princess Ilona of Markovia to start another take-over of the country. Batman withholds this information from Geo-Force so that he'll stay in Gotham, however, the incident is soon discovered and the team mutinies against their leader, insisting that they return to Markovia. While Batman disbands the team, they stay together and travel to Markovia only to be captured by the Masters of Disaster as Bedlam overthrows King Gregor with Russian support. As the team is freed by Looker, they rally the Markovian army and rescue the king.
Indebted to the heroes, King Gregor volunteers to sponsor them as international peace agents working for Markovia and Geo-Force decides they will relocate to Los Angeles with Helga Jace, operating from an ocean research lab called Station Markovia that functions as their new secret headquarters. Embarking on further adventures that take them to Russia and Africa, the team's plane is shot down over the Indian Ocean and they become stranded on an island for several weeks until they are rescued. Recognizing his weaknesses, Geo-Force resigns as leader, and Batman reunites with the Outsiders when they work together to stop the return of Eclipso on Diablo Island. Designing a new Batcave, dubbed "Batcave West", in Los Angeles for the team, they face off against the Masters of Disaster and gain another team member named Windfall before stopping a corporate espionage attempt by Kobra and uniting with the fanatical Force of July and the Soviet-based People's Heroes teams to stop the rogue Russian super-hero Fusion from killing the American president. Due to having to destroy Air Force One to stop Fusion, the American Security Agency designates the Outsiders as enemies of the state. As the U.S. Government threatens to end their partnership with Markovia if they do not turn over the Outsiders, King Gregor is murdered by Helga Jace who is revealed to be in league with the Manhunters. After the team confronts and defeats Helga, at the cost of Metamorpho's life, the team aids in protecting a Japanese citizen chosen by the Guardians of the Universe to house their powers from the Manhunters but they then leave Batman to investigate a distress call originating from Abyssia only to walk into a trap set by the Manhunters how have taken over the underground kingdom. While the Outsiders manage to rescue the citizens and destroy the Manhunters, Looker loses her powers and Halo falls into a coma. Disheartened, Geo-Force decides to disband the team.

Some time later, the remaining team reunites in Markovia for the christening of Prince Gregor II only to become involved in another revolution, this one staged by a vampire named Prince Roderick. Geo-Force teams up with the sorcerer Faust, Technocrat, and Wylde, while Katana teams up with a repowered Looker and a revived Halo, however, Roderick frames Geo-Force for killing Queen Ilona on television and then murders Looker and escapes.
Hunted as traitors by the Markovian army, the Outsiders are forced to defends themselves against various attacks, including one from the Eradicator who attempts to execute them but then joins them instead when a dying witness proves their innocence. Launching an assault on Castle Markov, the team forces Roderick to flee and the Eradicator leaves the team. While Geo-Force contends with the Atomic Knight, the rest of the team escape Markovia to pursue Roderick, flying to Gotham City to get aid from Batman only to discover that the mantle of Batman had been passed to a more aggressive man named Jean-Paul Valley; who was previously the holy assassin, Azrael. Escaping "Azbat", the team learn that Faust, Geo-Force, and Wylde were incarcerated in Slabside Penitentiary and stage a prison break with Eradicator's help.
Pursuing Roderick to Abyssia, where is he ruling the kingdom with a vampirized Looker under his thrall. As they battle his vampire army, time fissures begin erupting around them and Looker escapes Roderick's thrall long enough to weaken him and let Geo-Force to set the vampire lord on fire. As the Outsiders return home, their names are cleared when the time fissures show what really happened in Markovia. However, when Katana has a leadership conflict with Eradicator, the team splits in two due to in-fighting and only Geo-Force and Katana respond when Superman rallies Earth's heroes to deal with the entropy crisis caused by Parallax (Hal Jordan).
With the Outsiders split into two teams; one led by the Eradicator with Faust, Halo, Looker, and Wylde in Los Angeles, and one led by Katana with Geo-Force and Technocrat in New York City, Eradicator's team encounters aliens who distribute "hyperguns" to feed on the psychic energy of violence and Faust destroys a building in Las Vegas during the fight. Concerned with the team's lack of restraint, Katana's team attempts to bring in their former teammates only to be interrupted by the local police who force them to flee. Following an attempt by Superman to apprehend the Eradicator, the Outsiders unite to protect him until Superman leaves.
As the Eradicator establishes an abandoned S.T.A.R. Labs facility as their new headquarters various other factions attempt to apprehend or kill the team's members and the team embarks on an adventure in Hell and another on Apokolips.
During the Day of Judgment incident, the Outsiders are seen battling demons in Markovia and during the Imperiex War they battle an Imperiex Probe over the South Pole. While it is unknown exactly when or why, the team disbands again sometime after this adventure.

Following the desolation of the Young Justice and Titans teams, Arsenal and Nightwing put together a new team that would operate on a professional level instead of a personal one like their previous groups. Recruiting the metahuman Grace, the cyborg Indigo, Metamorpho, Jade and Thunder; the daughter of Black Lightning and gaining sponsorship from the corporation Optitron, the group established an underground headquarters beneath Brooklyn and established themselves by fighting off an invasion of New York by Gorilla Grodd, which turned out to be a ruse so that the Joker could kidnap President Lex Luthor to acquire an item from Sivana Industries. Secretly gaining information from Batman, Arsenal led the team to stop plans by Brotherhood of Evil and Brother Blood and other small-time villains. While foiling Brother Blood's schemes, the team released thousands of super-villains from The Slab penitentiary and became publicly labelled as criminals. Following a confrontation with the Fearsome Five, Jade takes control of the team after accusing Nightwing of being too emotionally detached and adds Starfire to the team.
Just prior to the Infinite Crisis incident, it came to light that Optitron was actually a subsidiary of Wayne Enterprises and that the team's information source was actually Deathstroke; who gave the team information disguised as Batman so that they could clear away potential rivals to the The Society's plans. Shortly thereafter, Lex Luthor and Brainiac used control over Indigo and Superboy to destroy the Outsiders and Teen Titans. While the villains were defeated, Nightwing quit the team.
During the crisis, the team fights Sabbac and the Fearsome Five at Alcatraz before Donna Troy arrives to recruit Starfire, Metamorpho and Jade to save the universe. With Katana allying with the team, Arsenal poses as Deathstroke to infiltrate the Society rescues Mary Marvel before destroying one of the Society's buildings.
Temporarily disbanding, when Nightwing is approached by Red Hood with information to clear Black Lightning of a murder he thought he had committed, and when it is later discovered that his false identity had been revealed amongst the prisoner populace, the team infiltrates Iron Heights Penitentiary to pull him out. While the mission was a success, 44 people were killed thanks to Warden Wolfe's overzealous usage of his power to stop them and the team's transport ship is shot down with the team aboard. Surviving the crash, the team opts to remain publicly "dead" as Arsenal quits as leader and Nightwing takes over with funding from Green Arrow; employing Captain Boomerang (Owen Mercer) as a new member.
Operating internationally, the team infiltrates a dictatorship in Mali, Africa, and discovered the usage of superhero clones. Tracing the clones to the Brotherhood of Evil, the team discovers that they and the brotherhood were being manipulated by Doctor Sivana in his own bid for world domination through the destruction of technology and advanced knowledge. While the team manage to confront Sivana and destroy his base, Checkmate captures them and enlists the team as a covert strike force to invade Oolong Island, however, the team is overwhelmed and Nightwing, Sasha Bordeux and Captain Boomerang are captured and transported to North Korea for experimentation before they are rescued with Batman's aid.
With Nightwing deciding to step down, the Batman returns to lead the Outsiders yet again; taking advantage of the team's "supervillain" status to seek out and disrupt villain activities before they become a global threat.