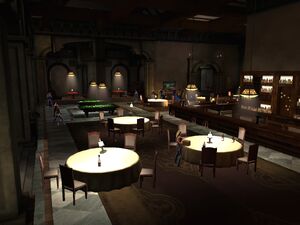 The Oblivion Bar is a bar and tavern located in a pocket dimension in the overlap of a number of different universes.
Magical in nature, the bar has entrances in many places, including Atlanta, Georgia, New York, Gotham City, Metropolis, and New Orleans. These entrances are only visible to those with magic powers and the doors drift from place to place over time, although they can be tracked and remain recognisable through magic.

Despite the disparate and motley crew of demons, monsters, magicians, and fairies that haunt the bar; not to mention the varying allegiances and moralities of its patrons, the bar is treated as a neutral zone with very little conflict.
The Oblivion Bar is proud to be "the only known universe with its own happy hour" and has "internets access". The bar's phone is powered by a magical stone from Gemworld which, as long as they have the dimensional dialling code, can dial anywhere. The bar also possesses a unique form of Silver Kryptonite displayed in a box on the wall of the bar. 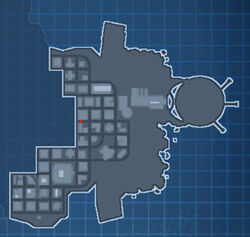 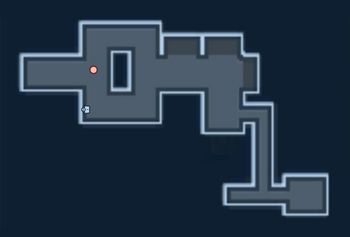