DC Universe Online Wiki
Register
Don't have an account?
Sign In
Advertisement
in: Episode 16, Challenges, War of the Light Part III,
and 4 more 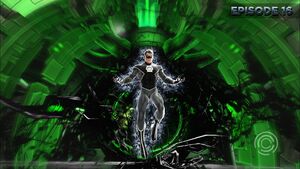 "This is Hal Jordan. Oa has been invaded by Black Lanterns! I need immediate assistance from anyone who gets this message!" — Hal Jordan

Oa Under Siege is a solo mission in Episode 16 released on September 2nd, 2015.

The Black Lanterns’ deadly hunger was not satisfied from corrupting Zamaron. They’ve now set their sights on Oa’s Central Power Battery! Black Lanterns are invading Oa and the Green Lanterns need your help! If they manage to corrupt Oa, it could be too late for the rest of the universe. Help Hal Jordan to repel the Black Lanterns before the Corruption spreads!

Oa Under Siege is part of Episode 16 sold together with Desecrated Cathedral. Access to the content is available to members with an active subscription. Non-members may purchase Episode in the Marketplace for $4.

The War of the Light began when Brainiac disrupted the emotional entities of the various Lantern Corps (Green, Blue, Sinestro, and Red). What began as a battle in Metropolis, quickly spread to outlying sentient planets. As the Corps – with your help – formed an uneasy alliance to combat the disruptions in the center of the emotional spectrum, the control over the influence of the edges of the spectrum weakened. Thus began the War of the Light Part II, with the arrival of Larfleeze’s Orange Lanterns and Carol Ferris’ Star Sapphires.

After traveling to Zamaron and restoring some balance, Hal Jordan and Sinestro explain to Carol Ferris that the greatest threat to the Corps is still coming. That threat arrived in Episode 15: Corrupted Zamaron with the emergence of the Black Lanterns. As the Black Lanterns corrupted the Star Sapphires home planet of Zamaron, Indigo-1 rallied to help purge the corruption. No one knew how severely the corruption had spread until it was revealed that even Hawkgirl had become a pawn under the control of the Black Lanterns’ power.

After the Black Lanterns were defeated on Zamaron and the Power Battery was restored, it seemed like things might be under control. Until they turned to Oa.

Now, Black Lanterns have invaded Oa, Hal Jordan has fallen, and the universe once again turns to you to assist the Green Lanterns before the Corruption spreads. In order to save Ion and Hal Jordan, a new member of the Indigo Tribe, Munk, Indigo-1’s second in command, arrives to assist. 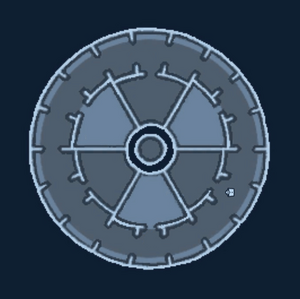 The portal to Oa for heroes is in the main hero safe zone in the Downtown Metropolis Battlezone while the portal for villains is in their main safe zone.

Access to this instance is possible only through a portal in the Downtown Metropolis Battlezone safe zone. 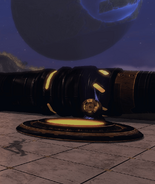