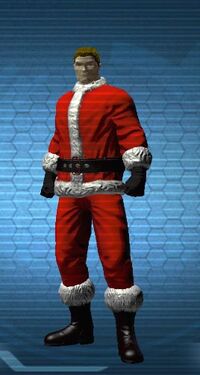 North Pole is a costume style set available from the Skeets' Workshop kiosk during the Season's Greedings Christmas Event.

The style is based on the suit popularly worn by Santa Claus on Christmas.

Hands
Add a photo to this gallery

Full Set Rear
Add a photo to this gallery 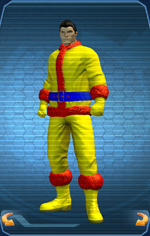 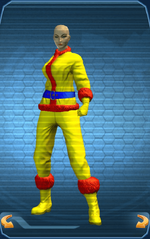 The North Pole's overall color-scheme consists of three colors that can be chosen by the Player in the Style Window. Specific sections of the style's pieces can also be allocated a more specific colour by the Player.

Retrieved from "https://dcuniverseonline.fandom.com/wiki/North_Pole?oldid=210144"
Community content is available under CC-BY-SA unless otherwise noted.