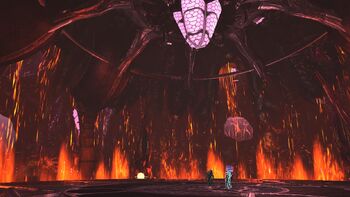 The Nexus of Reality is a point on Earth where the energies of the Multiverse intersect. Brainiac sought to control the Nexus in the hopes of gaining understanding and ultimate control of the Mutliverse and all of reality.

The location is a Tier 5 Raid only available with the Origin Crisis DLC, requiring a minimum Combat Rating of 86.

It is accessible directly in a teleporter in Watchtower and Hall of Doom; it is the highest level instance accessible this way.

Following Brainiac's infiltration of the Nexus and corresponding defeat above ground, Future Lex Luthor betrayed the alliance of heroes and villains by entering the Nexus to use its power for his own purposes; however Future Batman, who had survived an earlier betrayal by Luthor, arrived and followed after the villain to stop his schemes of controlling reality.
Having built "councils" of themselves from alternate realities, Batman and Luthor have begun recruiting New Heroes and New Villains respectively to act as agents to use to counter against the actions of the opposing council. Having now located the frequency in which the other council is existing, the councils send a group of New Heroes or New Villains to disrupt the other council's plans of altering the timeline by attacking them within their base of operations. 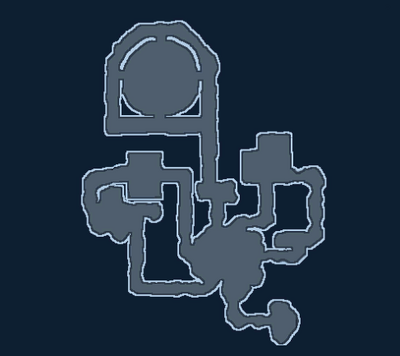 A full group of 96 CR and up is strongly recommended to complete this raid. 800 dominance is recommended. Players will encounter 6 boss battles.

For hero teams, talk to Future Batman, who tells you he must transport you to the phase Future Lex Luthor is in. Confront Future Lex Luthor, who departs and leaves the Council of Luthors to deal with you. You only need to KO two of them and the other two would teleport away. Batman tells you you must find a way to the center of the Nexus where Luthor will take artifacts of iconic heroes and remake reality.

You must reach the Security Room and Control Room from the southeast and southwest passages, and defeating one of the remaining Councillors each at the end. One of them would summon Unstable drones that explode shortly after KO, while the other would summon one Guise of the Nexus, which continuously stuns a single player (very long stuns with only about 1 second to act between them, cannot be broken). The latter can be very frustrating if you are trying to solo, as the fight can become very long and you're increasingly swarmed by more and more other mobs being summoned. Pets that can attack the Guise autonomously even while you're stunned helps immensely, and abilities like Reflect Pain that can redirect some of the damage to the Guise is useful too. The Guise of the Nexus takes some time to respawn after being destroyed, allowing you to attack the Councillor with impunity during this period. Destroy the boxes in each boss area and interact with all 3 pieces of machinery.

Back in the central area, interact with one of the machinery on the north side and you'll be interrupted by Future Lex Luthor, who leaves after sending a robot ambush against you, accumulating with Nexus Omega Drone LX.

After emerging victorious, interact with the machinery again to open the path to the north. Fight through more mobs until you arrive at the outer ring of the heart of the Nexus. This is the point that it becomes impossible to solo as you must defeat two Nexus Sentinels simultaneously; they are separated by a wall, so you need to transverse the whole ring to get from one to the other. If one is KO'ed without KO'ing the other, the one KO'ed regain 2/3 health. They cannot be lured far enough as they will teleport back to their original position. However, it is still possible for one person to do it by playing on two account simultaneously with good timing. They can also summon a Sentinel Techbot that shields them, greatly reducing damage taken.

Enter the heart of the Nexus and confront Future Lex Luthor, who is about to erase a random iconic character via one of their artifacts. He summons the two Luthors you defeated at the beginning to fight you again along with himself. If Future Lex Luthor is KO'ed first, the other two can revive him, but not vice versa. This battle is timed. If the bosses are not defeated within about 10 minutes, they will instantly KO you. This timer can be seen on the artifact being erased at the north side of the arena.

After winning the battle, interact with the artifact to secure it. Future Batman would thank you for preserving a hero's legacy but warns that Luthor will try again.

The enemy Combat Rating is 101.

Retrieved from "https://dcuniverseonline.fandom.com/wiki/Nexus_of_Reality?oldid=264798"
Community content is available under CC-BY-SA unless otherwise noted.