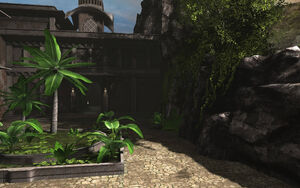 Nanda Parbat is a holy mountain haven cradled on the western slopes of the Himalayas.

Established and protected by the goddess Rama Kushna and her agent; Deadman, the haven is a mystic city with supernatural qualities.
As such, time passes differently within its walls; while its inhabitants may spend decades within the city, they will continue to retain their youth and, when venturing outside, they will find that less time has past. The haven is sought as a refuge of forgiveness and peace for those seeking it and is thusly mostly populated by religious practitioners, and those seeking penance, rehabilitation or simply peace from the outside world.

In spite of its devotion to peace, the land has been disturbed repeatedly by those seeking its mystical abilities over life and death.
A man named Jonah, the founder of Nanda Parbat and former follower of Rama Kushna, once succeeded in devastating the land and killing Rama, however, both the goddess and the land have since returned to life.
During the events surrounding the rebirth of Ra's al Ghul, the haven came under assault from the Sensei and the League of Assassins in their pursuit of the haven's pool of eternal youth.

Nanda Parbat serves as location for the The Demon's Plan alert. 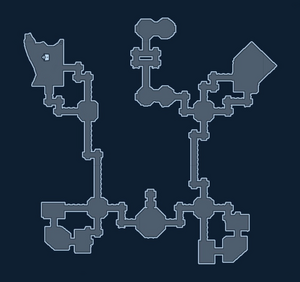