Meta refers to subjects that are beyond modern standards of reality. Such an example can be found in the term "Metahuman"; a term used to describe any being on planet Earth with abilities beyond human limits.
Following the release of the Exobytes by Future Lex Luthor, Superman took on the role of mentoring the new Meta-based heroes while Lex Luthor took to mentoring the new Meta-based villains.

The terms "Meta Science" and "Meta Technology" are used in a similar way to "Metahuman" to refer to sciences and technology "beyond Earth-based standards"; usually the terms are used to refer to any Extraterrestrial/Extradimensional technology or Earth-based technology that exceeds what is considered "standard" to a considerable degree.

During their attempted invasion of Earth, the Dominators discovered that some humans had a "biological variant" they called the "Metagene". Scientifically defined as the genetic source of an Earth-born metahuman's "super abilities", this gene often lies dormant within an individual until a moment of extraordinary physiological stress activated it, and upon activation it would use the source of the biostress as a catalyst for "genetic change", resulting in metahuman abilities. However, examples have also arisen where individuals are born with their metagene already active or their metagene suddenly becomes active later in life with no apparent instigation.
It is possible for individuals skilled in science and biology to manipulate, dampen or modify the activities of the metagene: while the Dominators were able to devise a "Gene Bomb" able to accelerate the metagene activity to the point of cellular and physical instabilities, Earth scientists have been able to create devices that can also repress the metagene, enabling a metahuman to be incarcerated in a prison facility.

The origin of the metagene can be traced back to the alien overlord Lord Vimana of the Vimanian alien race who, over 3 million years ago, in an effort to create a race of super powered slaves for their empire, forced their worker drones to mate with humanity's ancestors Australopithecus afarensis (3 million years ago), and later Homo erectus (1.5 million years ago). While it is unknown what became of the Vimanians, the genetic potential of the metagene was discovered in Homo sapiens (500,000 - 250,000 years ago) by the White Martian race. The White Martians performed experiments on these primitive humans and changed how the metahuman phenotype was expressed by the metagene. Due to their experimentations, the White Martians altered the destiny of the human race. Whereas before evolution would have eventually made mankind into a race of superhumans similar to the Daxamites and Kryptonians, now only a select few humans would be able to develop metahuman powers. As punishment for this, the group of renegades known as the Hyperclan was exiled to the Still Zone, a version of the Phantom Zone.

In modern day, in response to the witnessed power that metahumans exhibited in the battlefield during World War II, various countries have started up "Metahuman Programs" with the aim to create metahuman soldiers or weapons through the manipulation of the metagene to use for various purposes.
Focusing on the United States of America, their Metahuman Program began with the development of serums and chemical science in an effort to chemically enhance subjects beyond typical human levels (Deathstroke's origins stem from these proceedures). The nation's focus would later move on to the usage of atomic power and alien technology to enhance their subjects; one infamous instance of this focus was the Atom Project, wherein the military fused a subject with atomic energy before containing them within an nigh-indestructible shell of alien alloy (Captain Atom and Major Force originate from the Atom Project). Since the Lex Luthor Presidency, the United States' metahuman programs have turned to nanotechnology to create enhanced robotic soldiers as a "defense against the threat of metahuman attack". This resulted in the creation of the OMAC Project. 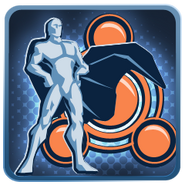 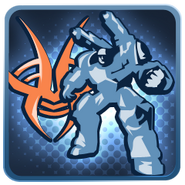