DC Universe Online Wiki
Register
Don't have an account?
Sign In
Advertisement
in: Fight for the Light, Episode 18, Green Lantern Enemies,
and 5 more 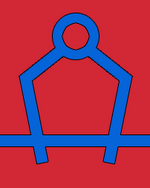 Before the Green Lantern Corps was created, the Guardians of the Universe created the robotic race of lifeforms known as the Manhunters, believing the universe could only be policed by beings that did not act based on emotional response.

Due to a programming glitch brought on by Krona, the Manhunters were responsible for the slaughter of almost all life in sector 666 of space. The Guardians sought to shut down all functioning Manhunters, however, many escaped to different corners of the universe to continue and act on their own programmed ideals of how to uphold justice in the universe.