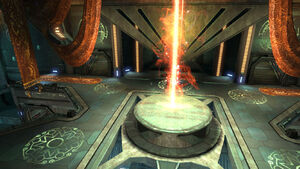 The Magic Wing is designed specifically to provide for Magic Heroes mentored by Wonder Woman.
The Sentinels of Magic provide equipment and magical items that can be obtained in this wing for use in the field while Wayne Enterprises and Queen Industries provides storage facilities for a hero's own private use.

Split between two floors, the wing also provides access to the satellite's Containment Facility on the lower level. Heroes like Doctor Fate, Shazam and Amazons of Themyscira frequent this wing. 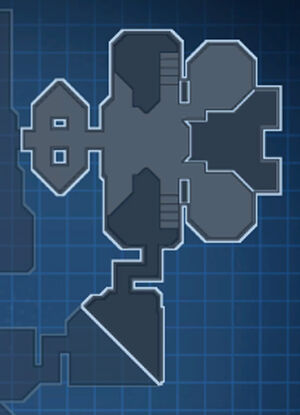