Magic refers to subjects that usually originate from other-dimensional planes of conceptual existence that are considered "separate" from Earth and are thus considered "Supernatural".
Following the release of the Exobytes by Future Lex Luthor, Wonder Woman took on the role of mentoring the new Magic-based heroes while Circe took to mentoring the new Magic-based villains.

While "Magical Beings" are usually beings or "gods" that originate from an other-dimensional plane, "Magic Users" are usually terrestrial individuals who wield items or possess abilities that access other-dimensional energies. Both concepts are considered to be beyond the "common understanding" of Earth's scientific population.

Homo magi are Earth-born humans that have a notable affinity to use magic. Homo magi are genetically identical to normal humans. The mysterious property that makes them Homo magi is genetically "dominant", as such the child of a normal human and a Homo magi will always be Homo magi. How and why this trait expresses itself has yet to be recorded.

The Homo magi originated on the continent of Kingdom of Atlantis. According to Doctor Mist, the continent was a focal point for unharnessed magical energies (known as wild magic), and the local Homo erectus evolved into Homo sapiens magi as a result of their exposure to these energies and generations of interbreeding with members of a humanoid extraterrestrial race known as the Hunter/Gatherers. Those beings who gained these nascent mystic abilities interbred for thousands of years, concentrating and strengthening the genetic predisposition and become a separate line of evolution known as Homo magi. Upon the fall of Atlantis, people who carried the predisposition of Homo magi spread across the globe. Today, any human being naturally capable of casting spells is considered a descendant of the Homo magi. 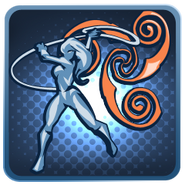 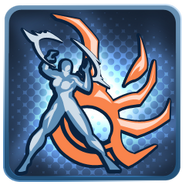