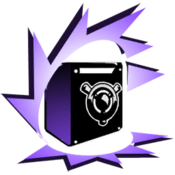 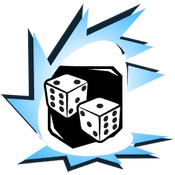 Loot is a common term for all items which may drop from beaten enemies in contrast to items which can be bought from vendors.

Loot may drop from certain mobs and always drops from boss fights.

DCUO intially merely featured group loot, which often led to problems such as Ninja Looting. While still existent in the game as of 2016, most item drops are now individual loot. While group loot always had a picker menu for the players to roll for the items, individual loot went directly into the inventory for a while until the Loot Picker was introduced in 2015.

Individual Loot was first introduced with game update 31 and has now largely replaced the Group Loot as the game's major loot system.

In mid-2015 the Loot Picker was introduced to provide player characters with even more freedom and opportunity to get loot and complete style sets.

Group Loot was the only way to roll for loot in the game's first years. It's a virtual recreation for real-world MMO's group roll-outs with dices.

This loot system required discipline and fair play from all group members especially if very rare items were in the roll. Ninja Looting often led to immediate kicking of the offender from the instance and quite a few unwritten rolling rules were in existence, especially within leagues. The most common one was to need for an item only if it would be necessary for the character's advancement, greed on all other items.

Special group runs named style runs were common back then which had simpler rules such as the allowance to need every item which's style is yet missing on the player character.

Items in Group Loot which cannot be equipped by a player character - and thus only be sold or salvaged - cannot be needed at all, only greeded.

Group loot still exists in the game, but is reduced to a few places where e.g. mobs drop base items or generator mods. It largely was replaced with Individual Loot.

A player character is loot-locked if he or she reruns an instance before its reset. Resets happen daily, weekly or monthly depending on the type of instance.

Raids for example have weekly resetting loot, but the Monthly Raid Awards are resetting only monthly.

Instances can be reset early with Replay Badges.

Loot has its own chat tab where all items not received through the Loot Picker are announced for all group members.

The items in Group Loot have individual time-outs.

The introduction of Individual Loot was a major game changer since it has eliminated the need for players to "battle" against each other for loot.

Some loot like cash and junk items never appears in loot menues and always goes directly into the player character's inventory.

Since game update 112 loot messages are not longer appearing mid-screen, but in the message area in the lower right corner. 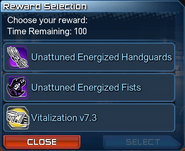