DC Universe Online Wiki
Register
Don't have an account?
Sign In
Advertisement
in: Origin Crisis, War of the Light Part I, Metropolis Locations,
and 2 more 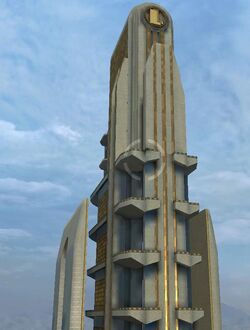 Nestled on the east side of Downtown, the Lexcorp Tower is the single tallest building in Downtown Metropolis and is the parent office of the LexCorp corporation.

The interior of the tower is completely lined with lead so as to prevent Superman from monitoring Luthor's actions with his X-ray vision. Later, a second tower was constructed, but both were destroyed during the "Our Worlds at War" event. A third Lexcorp tower has since been erected.

During Luthor's tenure as President of the United States, the tower was controlled by his newly appointed CEO, Talia al Ghul. 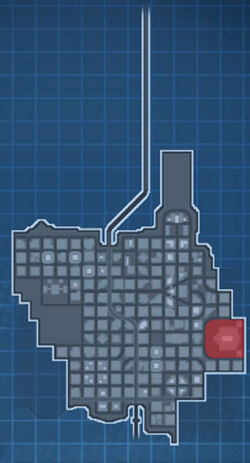