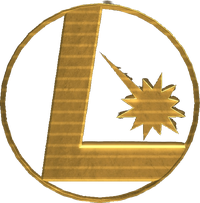 The Legion of Super-Heroes is is a team of super-powered individuals from a number of different alien worlds, active in the 30th and 31st Century. They protect the United Planets from crime and injustice, as well as threats both internal and external.

The Legion was founded when three teenagers of different races spontaneously came together to thwart the attempted assassination of a galactic billionaire, R.J. Brande. Financed by Brande, Rokk Krinn of Braal, Garth Ranzz of Winath and Imra Ardeen of Titan would become respectively Cosmic Boy, Lightning Lad and Saturn Girl, in a super-powered club Brande dubbed the Legion of Super-Heroes. Although they were initially met with disapproval and skepticism when announced, the Legion's discipline, integrity and strict adherence to their own self-published constitution proved their value and merits. They were deputized by the Science Police, and became a legitimate branch of law enforcement. As their credibility grew, so did their ranks. Luornu Durgo of Cargg and Tinya Wazzo of Bgztl, auditioned for and joined the team, as Triplicate Girl and Phantom Girl. Their numbers continued to grow with Reep Daggle of Durla, Chameleon Boy, Gim Allon of Earth, Colossal Boy and Lyle Norg of Earth, Invisible Kid joining next.