DC Universe Online Wiki
Register
Don't have an account?
Sign In
Advertisement
in: Hand of Fate, Episode 15, Riddled with Crime,
and 3 more 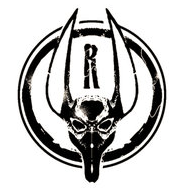 The League of Assassins operate in secret throughout every country of the world. Called into being centuries ago by Ra's al Ghul, their original mission was to act as his elite army and shield their master from attacks as "The Fang which protects his Head".

Through the years, the League sought out the best killers in all manner of disciplines, from martial artists to snipers. Every member added to the league gave up their life, sworn to the Demon's Head. Only assassins who have already completed a previous hit can be considered for League membership, and its roster is kept strictly confidential from public eyes.