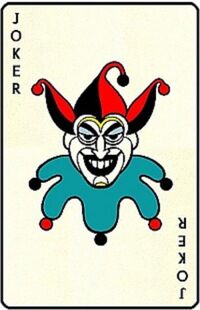 In spite of his unstable manner, the Joker has always managed to find like-minded anarchists to enact his various schemes. Although not known for their intelligence, the Joker's streetgang thugs are known for their nihilistic outlook and borderline insanity, dressing up as clowns and circus people to associate themselves with their boss.

Intent on inciting a city-wide gang war, the Joker sends various members of his streetgang to heckle both the members of the Gotham City Organized Crime Family and the Gotham City Police Department while also inciting their own chaos through the use of new robots created for him by T.O. Morrow.