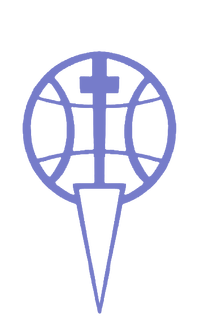 Intergang is an organized crime organization armed with technology supplied by the New Gods of the planet Apokolips and acts as a resource to track down the Anti-Life Equation which would enable the New God, Darkseid, to enslave all living things in the universe.

Intergang was originally run by the corrupt television mogul Morgan Edge until a heart attack removed him from power. After Edge's illness, Bruno Mannheim took the reigns of power, however, Intergang's days of terrorizing Metropolis were put to an end thanks to reporting done by Clark Kent and Catherine Grant.

The operation came back to life under Boss Moxie, Mannheim's father, and Intergang resumed its criminal ways while no longer tied to Apokolips. Moxie lost control of the business, however, after a failed attempt by Edge to regain control. Instead Lex Luthor began secretly running the organization, with Moxie as his mouthpiece. After Superman intervened and captured Moxie, leadership fell to Frank Sixty, a criminal specializing in cybernetices.

During the Infinite Crisis, Mannheim returned and obtained control of Intergang, reorganized it along quasi-religious lines, complete with a "holy" text known as the Book of Crime or the Crime Bible, which treats Cain as a semi-divine figure for his role in creating the "most sacred" crime of murder.

Deathstroke and Calculator send Villain players, and Question and Oracle send Hero players, to infiltrate Intergang in order to steal the Crime Bible from Bruno Mannheim. They first send the players to an Intergang Penthouse in Gotham City to interrogate the Intergang Underboss on the bible's location. Upon interrogating the Underboss, the players learn that the Crime Bible's prophecy states that it promises infinite power once Bruno Mannheim kills the daughter of Cain. When the players go through the sewers to get to a mysterious warehouse, they witness Batwoman getting captured with her being the daughter of Cain. After the players defeat Kyle Abbott and Whisper A'Daire, Calculator sends the players some possible locations where Bruno Mannheim and his Crime Bible might be which eventually led them to the Temple of Crime. When the players arrive, Bruno Mannheim sacrifices Batwoman and gains enough power to fight them.