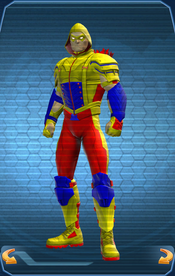 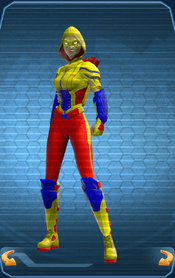 Consisting of eight plus one pieces, the set is an advanced PvE (Player versus Environment) gear set inspired by the vestments of Green Arrow.

This set is attuned gear released with an Item Level 10 to 164 and is obtained from High-Density Tactical Gear Capsules randomly contained in Team-Up Time Capsules. Its maximum item level has been upgraded over time and is currently at 292, same as other Time Capsule gear sets.

A visually enhanced version of the set was originally available through the process of Research and Development and now drops directly from the Team-Up Time Capsules. 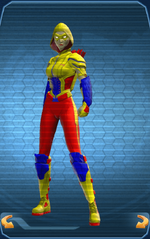 The High-Density Tactical's overall color-scheme consists of three colors that can be chosen by the Player in the Style Window. Specific sections of the style's pieces can also be allocated a more specific colour by the Player.