Happiness Home is a Tier 3 raid in the Halls of Power Part II episode. It also features an elite version.

Granny Goodness has abducted and brainwashed one of Earth’s most powerful beings. It’s up to you to remove this dangerous weapon from her control. 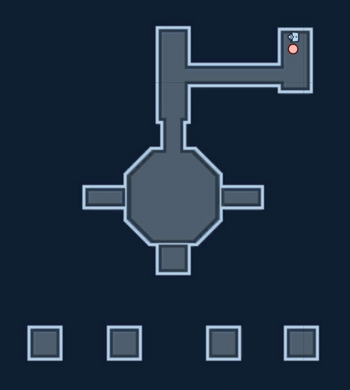 After defeating a few parademons you would be able to enter the final chamber. Except for the end of the fight, Brainwashed Superman is trapped in a bubble on top of it and would only shoot attacks down to the ground.

At the beginning, more and more parademons will swarm into the room as you fight Colonel Hervok - a portal will open up, allowing you to go into a control room. Interact with the 4 consoles in indicated order to stop them. There is a battle drone in the middle of the room with a slowly rotating beam that stuns and damages you if caught.