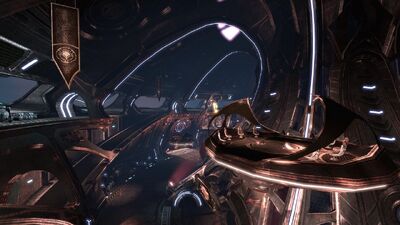 The Hall of Doom is a submersible lair that acts as the main headquarters of the Villains.

In the Hall of Doom villains can find vendors for buying high caliber armor, missions to earn marks for the purchase of top tier armor and weapons, as well as teleporters to all the in-game cities. The Hall also acts as a safe zone for villains as only villains are allowed to visit it and there are no enemies located there. The Hall can be visited by teleporting there directly from your map, by using one of the teleporters in any of the night clubs across any of the cities, or from a teleporter found in Gotham City.

The headquarters for the Secret Society of Super-Villains, led by Circe, Lex Luthor and the Joker, the Hall of Doom is a secret villain base submerged deep within the waters of Slaughter Swamp.

Designed and built by Luthor's LexCorp resources, the Hall is connected to various nightclubs around Gotham City and Metropolis via teleportation systems.

Following the influx of villains on Earth thanks to Future Lex Luthor's exobytes, the Hall was renovated to accommodate for the new recruits; creating individual wings that catered to either Meta, Magic or Tech based villains.

In a teleportation accident while within the besieged Daily Planet Building, Superman teleports into the Hall of Doom and is captured. A fellow hero must enter the Hall after him and free him from the Society. 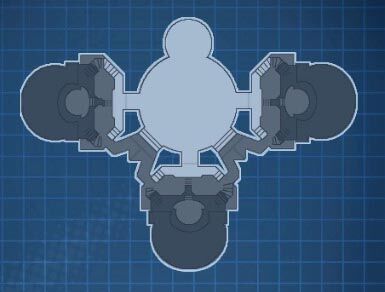