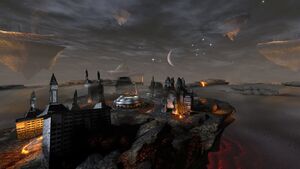 The Gotham Wasteland is a pocket dimension-turned-war ground as the Sons of Trigon (Wrath, Lust, Sloth, Greed, Gluttony and Envy) try to resurrect their father and corrupt their sister, Raven, to corrupt the Earth and turn it into their father's latest conquest.

The Gotham Wasteland is an open world zone with Daily Bounties, Daily Missions, and Vendors.

Two Tier 5.5 Iconic Armor are for sale, one is made after Raven and the other is made in the appearance of Brother Blood.

Two armor sets inspired by the Celestial power (Exalted and Corrupted) are available through mission rewards.

When Trigon temporarily entered the Earth's plane after Brother Blood, with the help of some New Villains, managed to summon him by capturing and temporarily corrupting the Titans within a Shadow of Hell beneath Robinson Park, the Sentinels of Magic managed to perform a counter spell when Trigon was released, resulting in the creation of a pocket dimension between Earth and Trigon's plane.

Now the last bulwark between Trigon and Earth, both Trigon's followers and the Sentinels of Magic have entered the dimension to further stop or release the demon to fulfill their own purposes. 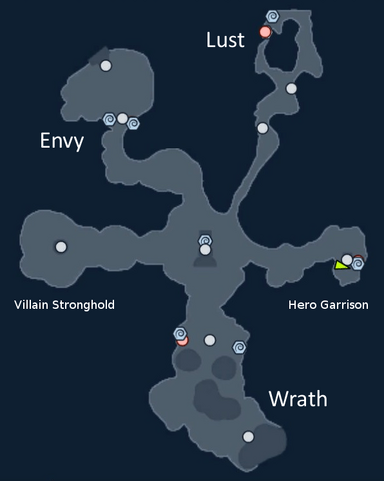 Retrieved from "https://dcuniverseonline.fandom.com/wiki/Gotham_Wastelands?oldid=263483"
Community content is available under CC-BY-SA unless otherwise noted.