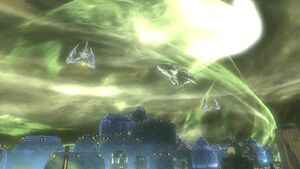 Gotham Under Siege is the East End and Burnley districts of Gotham City transformed into a magical battlezone as the forces of Wonder Woman oppose the forces of Hippolyta/Circe as they converge upon the city without discrimination to destroy Brainiac's remaining forces in Old Gotham.

Gotham City is under assault. An enormous magical barrier has been erected by Hippolyta to contain Brainiac’s forces before the attack begins. Invisible battleships patrol the skies and unload troops and supplies for the assault to come. Creatures from Greek mythology pour into the streets as the warring factions of Amazons begin to form their battle lines. Solo missions in this re-envisioned Gotham City allow players to work with the rebels to defend Gotham City and halt the advance of the loyalists, or take up arms with the queen and prepare to reduce the city to rubble. 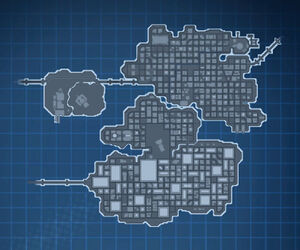