The Gotham Gazette is one of the largest daily newspapers based in Gotham City with nation-wide syndication across North America.

In competition with the Gotham Globe and the Gotham Herald, the Gazette is noted for producing articles about the Batman and other Gotham-based superheroes and villains. 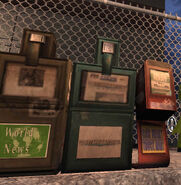 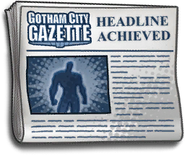 Retrieved from "https://dcuniverseonline.fandom.com/wiki/Gotham_Gazette?oldid=253760"
Community content is available under CC-BY-SA unless otherwise noted.