Within the wreckage of a crashed alien spacecraft, within a volcano on Gorilla Island, the Ultra-Humanite has begun developing weapons to use against humanity. Players must fight through the Humanite's army of gorilla's, destroying his weapons and freeing gorilla island slaves, before confronting and defeating the Ultra-Humanite himself.

This Alert becomes available at level 30 and contains 3 bosses after each set of objectives with the Ultra-Humanite acting as the final fourth boss. Each boss drops group loot after each defeat. 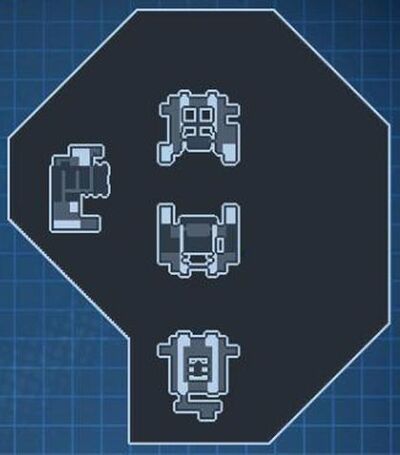 Once beating the earlier mini-bosses, fighting Ultra-Humanite begins with him behind a shield. There is a brief tutorial that mentions the sustainer turrets are generating it, and destroying all of them drops the shield. At that point, Ultra-Humanite will join the fight.

While fighting, Ultra-Humanite will summon engineers to repair the turrets. If they are not defeated before they finish the repair, the shield will engage again, and the tutorial part of the mission will repeat. Players will have to start over if that happens.