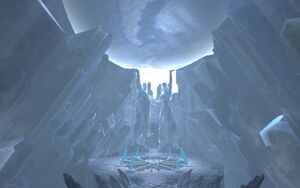 The Power Core is the most difficult of the three Fortress of Solitude raids. To avoid causalities along the path, tanks must draw several mobs to themselves at a time and avoid being swarmed by the whole crowd at once at all costs.

In the earlier parts of the raid sunstone fortifiers will be found floating above the mobs. They have the ability to render some of the mobs almost invulnerable, so interrupt and destroy them quickly.

The sunstone assassins are the most dangerous mobs in this raid. They attack with beams that deal around 1000 damage and are often found in clusters. Controllers must focus on keeping them disabled.

The first boss is either Bizarro, Supergirl or Power Girl. They are fairly easy to defeat. Bizarro and Power Girl's special attack involves using unleashing their flame breath or Freezing Breath respectively to deal heavy damage around themselves. Supergirl spins on the spot to draw players in.

After defeating the kryptonian, Lex Luthor and Superman sees through a transparent pane of crystal that the Avatar of Meta is sapping the fortress' eponymous power core. Luthor suggests they must liberate another weapon of Krypton in order to stand a chance.

This is followed by a narrow corridor which is much, much more difficult that it looks as it is packed with many sunstone assassins, which could kill a full team in the matter of seconds.

Beyond the corridor is the Phantom Zone chamber. Lex Luthor opens a portal to free General Zod, who will aid against the upcoming fights. The Prime Assassin appears. It is not too difficult but once in a while it would summon several pillars of immunity, affliction or restoration along with several sunstone assassins. Quickly destroy the pillars then the assassins, and continue attacking the boss. The Prime Assassin may also do a special attack by charging straight in a direction dealing heavy damage and knockback.

Fight through another narrow corridor, and you reach one of the hardest part of the raid: you must transport a crystal to the end of the chamber, and defend it against waves of mobs until it becomes fully charged and open the door behind it. The mobs destroy it so quickly players with CR much higher than the requirement is practically mandatory to get rid of them. 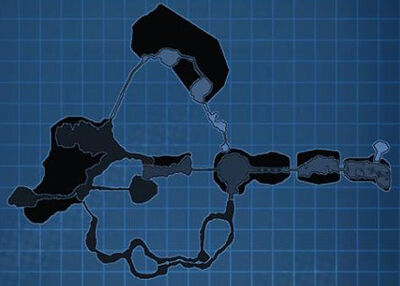