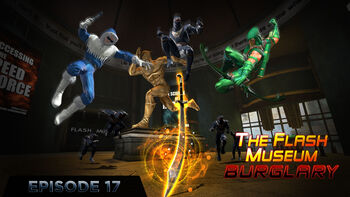 The Flash Museum Burglary is part of Episode 17 together with Unholy Matrimony.

The Flash Museum Burglary Duo is a continuation of the ongoing League of Assassins storyline, which started in Episode 15's The Bombshells Paradox. Now, the League has broken into the Flash Museum in Central City, in what looks to be an attempt to steal an artifact from an alternate reality - Talia Al Ghul's scimitar! In this Duo, players must navigate through the museum to keep the artifact out of the League of Assassins' hands, and discover what they are plotting next.

The Flash Museum is an all-new environment steeped in Flash lore. 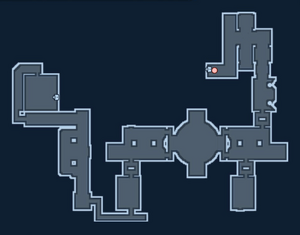