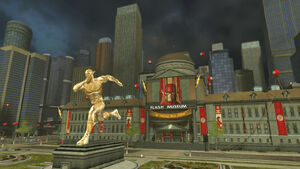 The Flash Museum is a public museum dedicated to the superhero The Flash.
Located in Central City, the museum features various exhibits on the Flash; including depictions of his various battles and his rogue's gallery of foes.

In addition to the exhibits, the Flash Museum also houses a vast storage of various artifacts and weaponry that the Flash has encountered in his adventures. Originally, the museum was founded to honor the achievements of Barry Allen, the first Flash of the modern era and stalwart member of the Justice League of America. As years passed, the museum began also showcasing materials related to the original Flash, Jay Garrick, as well as Barry's protege and successor, Wally West.

Less than a year into Barry Allen’s career as the Flash, the grateful citizens of Central City raised the money to establish the Flash Museum. The museum, built in Central City where Barry operated, would celebrate the career of the city’s resident champion, at first housing mainly mementos from his cases, but over time expanding into more and more types of exhibits.

Much of the museum’s popularity can be attributed to its curator Dexter Myles. The retired actor started as a guide, but his stirring renditions of the stories behind the exhibits were so popular that he quickly became its curator — a job he holds to this day.
Meanwhile, the museum was expanding, collecting the Rogues’ costumes and weapons and displaying the adventures of both Flash and Kid Flash. With the reappearance of Keystone City, an exhibit dedicated to the original scarlet speedster, Jay Garrick, was added, and after Barry Allen's death, it was decided to follow the careers of all the speedsters.

As a monument to the Flash, the Flash Museum has been nearly destroyed on several occasions; the Pied Piper hypnotized three people into vandalizing it during the lead-up to the Flash (Barry Allen)’s murder trial. It was later severely damaged in a battle between Green Lantern (Hal Jordan), Darkstar and Eobard Thawn; who at the time was posing as Flash (Barry Allen). Cobalt Blue nearly completely destroyed the building in his opening attacks on the Allen-West legacy and it was completely destroyed in an accident when Hunter Zolomon attempted to activate the Cosmic Treadmill.

After this last collapse, the museum was rebuilt with a completely new design. While suffering some minor damage due to a battle between Gorilla Grodd and Flash (Wally West) just before its opening, the museum remained intact throughout Infinite Crisis. 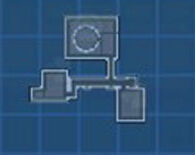 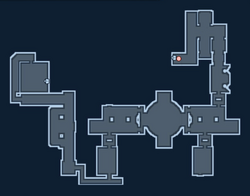