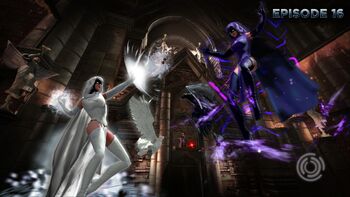 Desecrated Cathedral is a Tier 3 Alert in Episode 16 released on September 2nd, 2015.

Brother Blood's schemes for ultimate power reach a new level as he uses Raven and the Sons of Trigon to collect even more power. In this four-player Alert, players will return to the cathedral in the Gotham Wastelands at the request of Raven, Trigon's daughter, to investigate the disturbance in the levels of sinful energy there and stop whatever Brother Blood has planned.

In the Elite version of the Alert, take on the Cathedral under even more challenging terms – limited revives, new mechanics, and more difficult enemies – for even greater reward.

Access to Desecrated Cathedral  requires a Combat Rating of 100 and rewards 5 Source Marks.

Desecrated Cathedral is part of Episode 16  together with Oa Under Siege.

In Sons of Trigon, the Teen Titans discovered that Trigon had escaped his dimension thanks to a blood ritual, but the Sentinels of Magic held him at bay by trapping him between his dimension and our own. Still, his newly revealed sons were able to assist him in wreaking havoc across the Gotham Wastelands.

Trigon's release and the actions of his sons led to both Circe and Wonder Woman rushing to battle – one in search of power, the other in search of peace. Trigon is defeated, but it's not a clean victory… Circe manages to siphon off some of Trigon's power, keeping it safely hidden away for a time when he may be summoned again. Still, Trigon's sons' plans are foiled, and an unsteady peace resumes. Though Circe and Wonder Woman still have unfinished business, which comes to a head in the Amazonian civil war.

Now, Raven has sensed a great disturbance coming again from Gotham Wastelands, and she needs help to stop Brother Blood from trying to unleash Trigon again.

The enemy combat rating is 136. 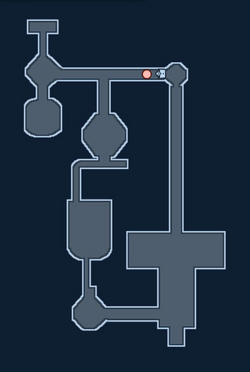 Brother Blood with Jared and James