Deep Desires is a Tier 3 Challenge in Episode 19 released on December 2, 2015.
Access to the Deep Desires Challenge requires a Combat Rating of 100.

Deep Desires is an epilogue to Episode 17's Unholy Matrimony where players must face off alone against Trigon's demonic sons, Julius and Jesse, who are masters of the deadly sins of gluttony and envy, respectively, as they battle for power in Trigon's absence.

Deep Desires is part of Episode 19 together with The Demon's Plan.

Head back to everyone's favorite interdimensional realm in the first part of the Trigon/Raven epilogue. Now that Raven has banished Trigon for good (we assume...), her brothers are in a panic, scrambling for power and turning on each other. The concept of brotherly love has utterly failed Jesse (Envy) and Julius (Gluttony) and Raven has asked you to step in. Jesse made the first move and has caused the hungriest brother to envy their brother Jacob! As a result, Julius has become insatiable in his desires for food AND power. He will no longer be confined to the hellish kitchen; he wants to gobble up the Tunnel of Lust, the Wastelands, and then the world!

The enemy combat rating is 149. 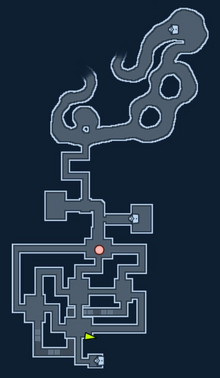 Approach Julius in the Tunnel of Lust who proclaims he is going to consume all of the sin energy to overcome Jesse before departing. Defeat the two Lesser Lust Demons. Raven tells you Julius is eating his way out of his kitchen and must be stopped. The yellow objective arrow somewhat misleadingly points towards the portal to exit the instance, but just follow the path to more mobs, it doubles back to your true objective. Watch your minimap for red dots if you want to avoid some of the fights which is possible as the demons are too busy fighting one another.

You reach a magical doorway sealed by the flames of gluttony. To get past, you need to charge yourself with energy from the purple waterfalls in the small chamber directly north of the door.

You enter an maze-like area with a more humanly-constructed appearance. From where you come in, take a left and then a left again to a room directly southeast of the entrance. Jesse tells Julius to give over his sin energy, which the latter refuses and offers the player, before vanishing.

Jesse copies the appearance and abilities of iconic characters including Batman, Superman, and Circe as his health depletes. Burning Sin Energy or Frozen Sin Energy appear on the north and south side of the room, appears to have 3 and 2 maximum, respectively. They can generate a firestorm/blizzard that hits you for 5% of your health rapidly if you come too close (multiple Sin Energy can stack their damage).

The next part can be a bit confusing as you wander the labyrinth, you need to defeat Gluttonous Energy Hoarders (not necessarily all of them) to remove shields on Fonts of Gluttony, and after you destroy 3 fonts you manage to provoke Julius into fighting you.

After taking some damage, Julius will "feast" on the font in his room, becoming invulnerable himself. This is the only time when the font can be attacked. He remains invulnerable afterwards for a period of time. If you don't destroy it, he can shield himself again. He also has a lethal attack, Theft of Vigor in which he stuns you while stealing some of your power. It can be interrupted if you resist or break out of the stun.

The challenge is completed when he is defeated, and Raven will voice her appreciation. 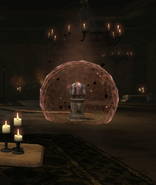