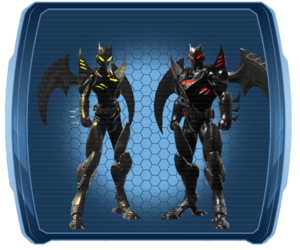 The Dark Specter Batsuit is a costume style set and an Iconic Battle Suit for Tech-based Heroes. Bestowed upon his "Agents of the Bat", this batsuit allows the wearer to carry and enforce the influence that Batman's image has over the criminal underworld.

Consisting of eight pieces, the set is themed after Batman and is a specialized Tier 2 PvE (Player versus Environment) set only available from Batgirl in the Tech Wing of the JLA Watchtower. 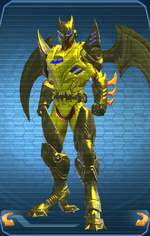 The Dark Specter Batsuit's overall color-scheme consists of three colors that can be chosen by the Player in the Style Window. Specific sections of the style's pieces can also be allocated a more specific colour by the Player.