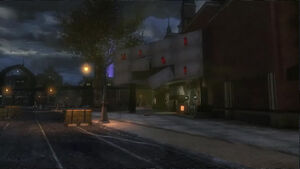 Crime Alley is a small street in Gotham City’s East End district.
Originally known as Park Row; a fashionable theatre and cafe district, over the years it became infested with crime and corruption, resulting in Gothamites nicknaming the area "Crime Alley".

The street became infamous for being the location where Thomas Wayne and Martha Wayne lost their lives in a mugging-gone-wrong, leaving their son, Bruce Wayne, an orphan and sole heir to the Wayne Fortune.
On the anniversary of their deaths, Batman always visits the site of his parent’s deaths, leaving a memorial of flowers over where they fell. 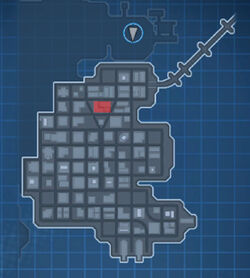